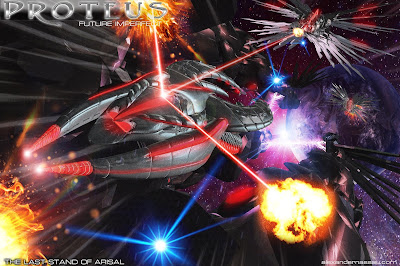 This is the last stand of Arisal as the Harbinger closes in for the kill. Vexa, Grand Arbiter of the Proteus fleet tries desparately to save the world before its destruction.
(Merry Christmas Everyone!)
at December 24, 2018
Email ThisBlogThis!Share to TwitterShare to FacebookShare to Pinterest
Newer Post Older Post Home