First off, I would like to say don't get over excited. The Children of the Empire crossover is coming 10 books from now and will be released in 2019 as a 6 part epic taking in all my series. It is a huge story that will turn everything on its head and not in a good way.

Before I start the writing process, I like to sit down and get all the pieces in place so I know what I am writing about. 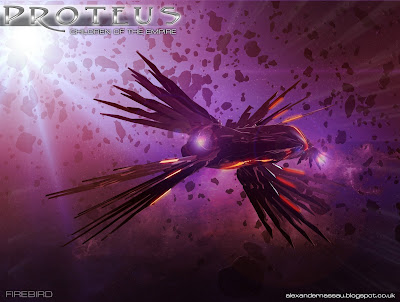 This is Firebird and at first glance, you think it is an Apeyron ship, except it isn't. All I can say is Firebird and its creators are the big bad for Children of the Empire. 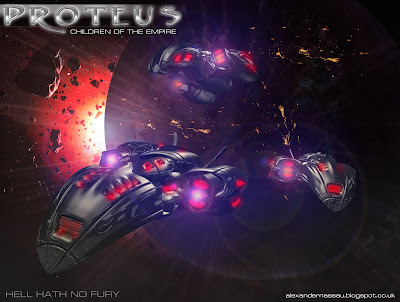 The clue is in the title, but one group of characters in my books have been hiding a secret and in Children of the Empire, that secret is about to come in to the light.

I hope you enjoyed these and a little update.

I am currently still rewriting the Endless Saga. It's long and painful works covering Proteus Dark Universe, Dark Empire and Of Darkness and Light as well as Symbiotica Monsters of Tokyo.
The final total is 120,000 words of new material and so far I am at at 85,000 words. Expect the revised extended edition possibly some time in May.